Australia’s total woodchip exports were 3.4% lower year-ended July 2021 than for the corresponding period in the prior year, reaching 4.859 million bdmt (bone dried metric tonnes). Underscoring some of the sector dynamics, hardwood chip exports over the period were down 11.7% to 4.021 million bdmt, while their softwood counterparts were up a substantial 76.7% to 0.838 million bdmt.

For hardwood chips, a period of softer markets has seen exports from Australia be relatively variable, with short periods of strength followed by troughs. It should be noted that is expected to continue in coming months as the main Chinese customers come under intense pressures from imported pulp producers and demand is also placed under pressure because of environmental outages.

The latter involve production units in the uncoated woodfree paper ivory board markets in particular being required to reduce their production to meet regional emissions reduction obligations. They will – and some report already are doing so – have a significant impact on the market.

Softwood chip exports have burgeoned in recent months since China banned Australia’s logs from being imported. The alternative, for now, includes chipping more wood to send to market. How long that can last is uncertain.

In July, hardwood chip exports totalled 216 kbdmt, down 61% on the prior month. Rolling quarterly exports were down 14.6%.

Softwood chip exports totalled 96 kbdmt in July and were down 4.1% on a quarterly basis.

As we remind subscribers each month, exporter attempts to mask the destination of hardwood chips are reflected in the chart below, which shows nearly all exports currently recorded as ‘No Country Details’.

IndustryEdge subscribers have access to port-to-port vessel tracking that makes the confidentiality restrictions irrelevant, in any event. We need not point out that this blunt tool does not really disguise any market information. Those who need to know, already know!

The following charts, in both AUD and USD, show the relative price movements of the two chip species, since January 2017. 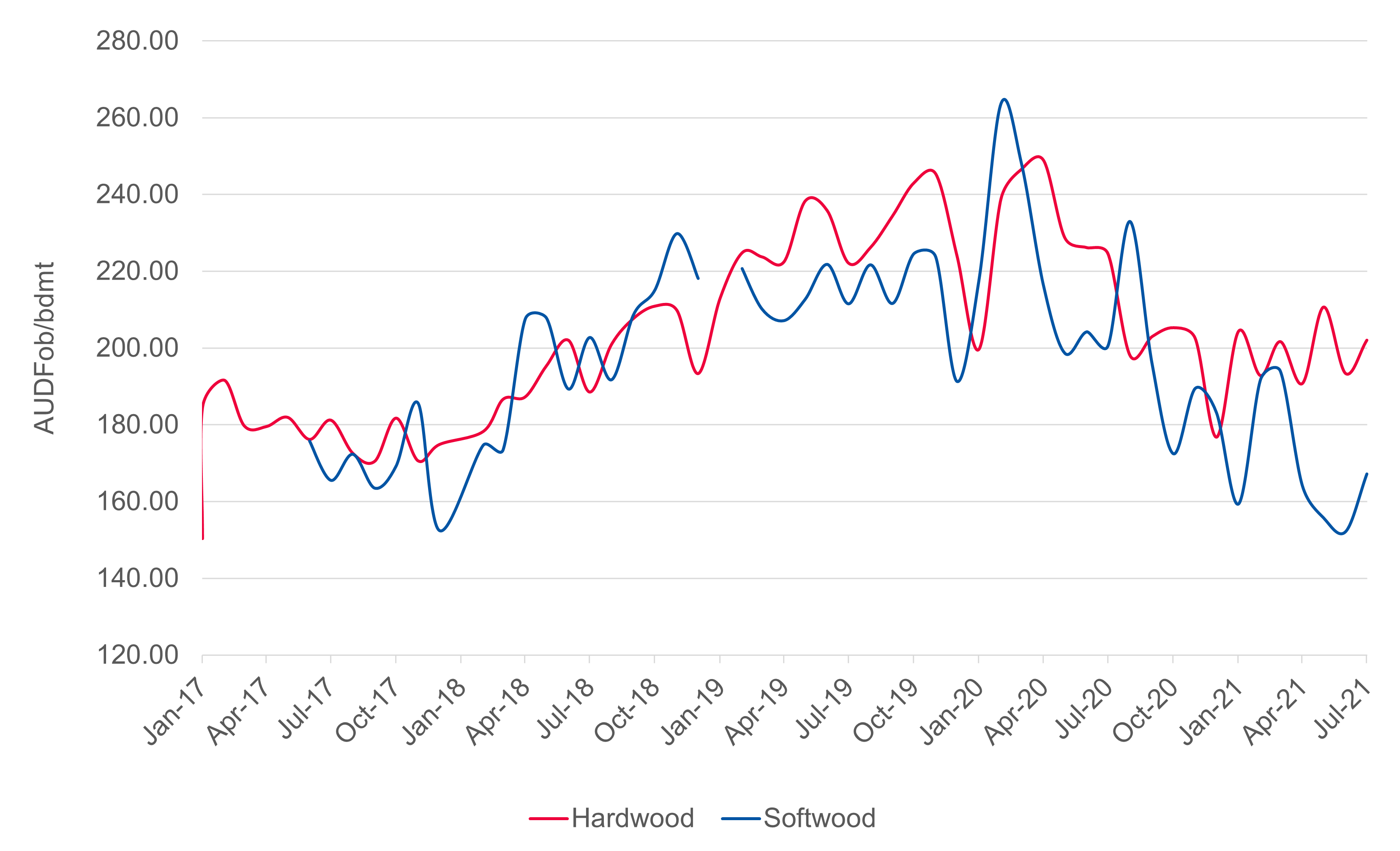 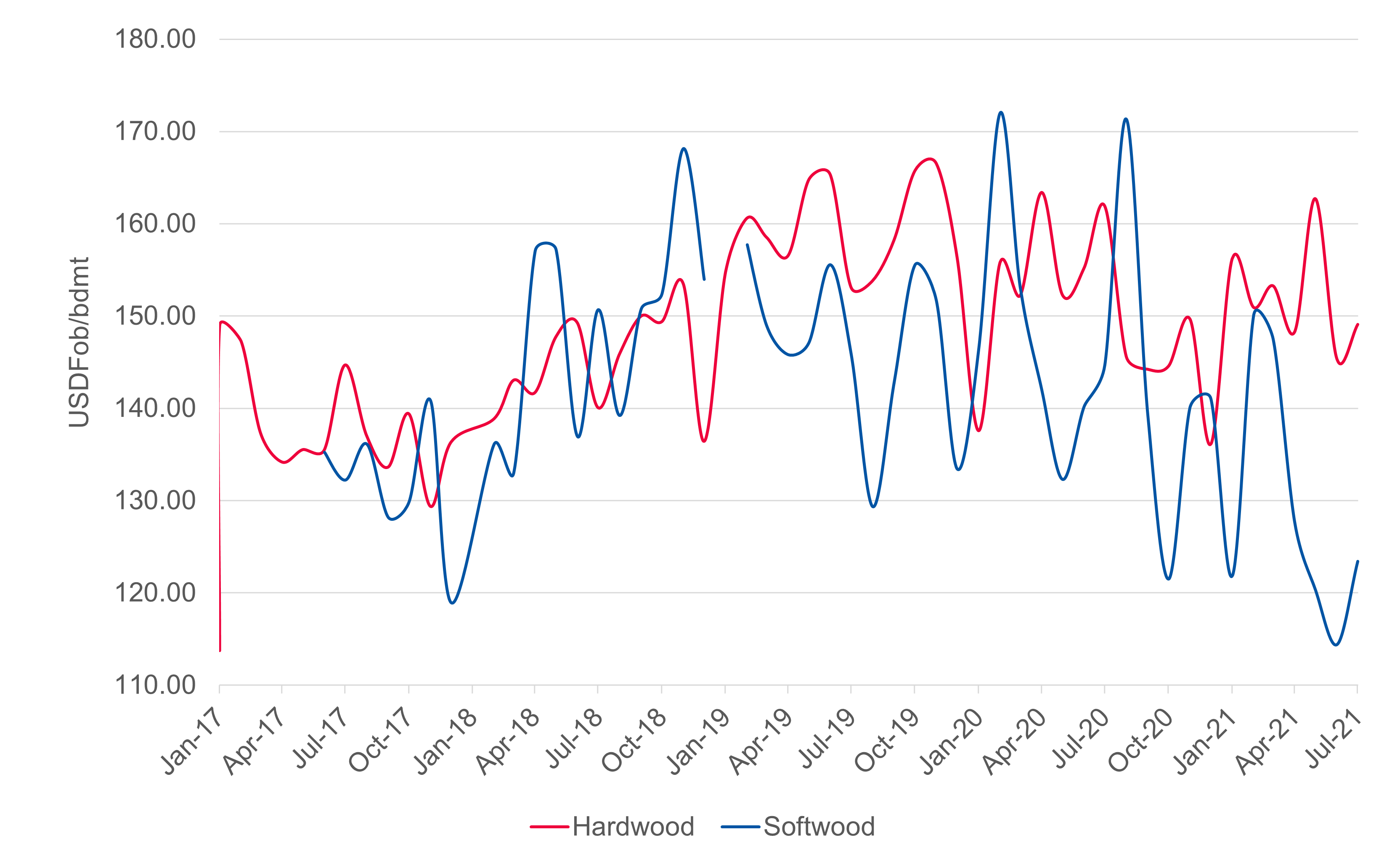 The volume chart above was created in IndustryEdge’s Wood Market Edge online platform. Notably, the ‘No Country Details’ arises because exporters have sought to mask their trades, an unfortunate but regular feature of down markets for Australian woodchip exports.

As set out here, because of the unique vessel tracking and port-to-port analysis, IndustryEdge’s Wood Market Edge online provides 24/7/365 access to more data, on a more timely and independent basis, and in a manner that cannot be easily disrupted.

This is an edited extract from an item that first appeared in the September 2021 edition of Pulp & Paper Edge (Edition 195).