Following a couple of lacklustre months, Vietnam’s exports of hardwood chips lifted in March 2021, totalling 836,000 bdmt, as shipments to Mainland China doubled on those for February. In the March quarter, Vietnam’s hardwood chip exports totalled 1.913 million bdmt, down almost 29% on the December quarter and a little more than 29% lower than the March quarter of 2020.

The chart here, created in IndustryEdge’s client visualisation platform, Wood Market Edge online, shows the recent experience. The chart, the data behind it, and the raw data can all be downloaded from the platform. 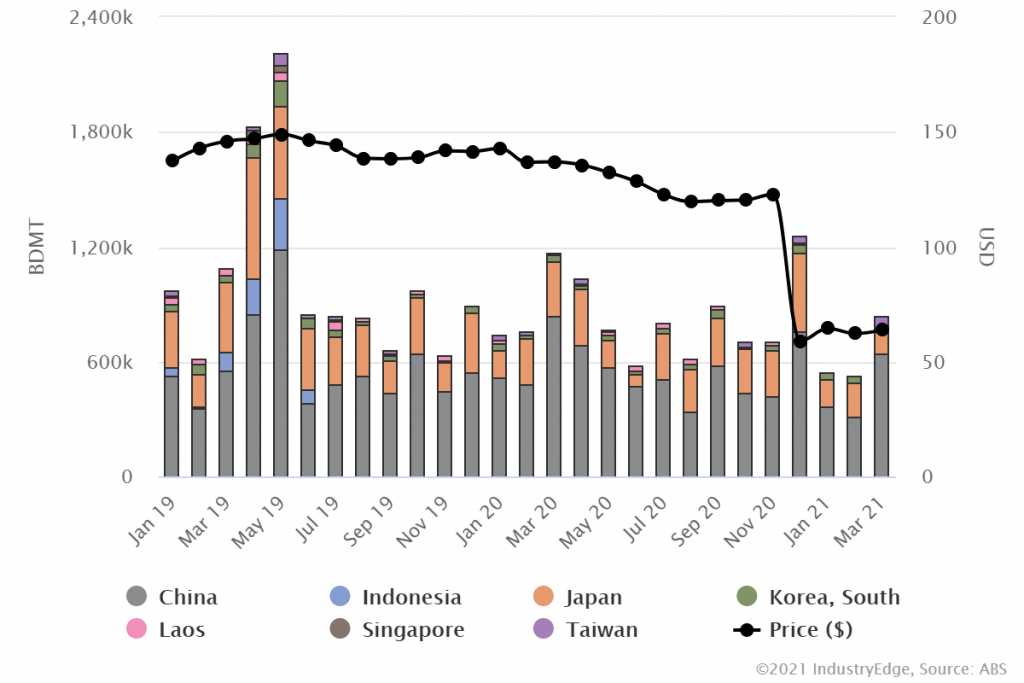 * One feature of the current trade that is difficult to escape is that the formal data appears to have switched pricing from bone dried metric tonnes (bdmt) to green metric tonnes (GMT). IndustryEdge has elected to leave the data intact for the time being, recognising that it could be adjusted by the Vietnamese authorities at any time.

As is the case across the world when it comes to raw resources, for Vietnam, the hardwood chip trade is all about shipments to Mainland China, which over the last year took a massive 65.4% of Vietnam’s mainly acacia woodchips (around 6.100 million bdmt), with Japan receiving 27.1% over the same period.

For an obligation free demonstration of the power of the Wood Market Edge online platform, contact IndustryEdge.