Recent news that Australian coal shipments to the northern Chinese port of Dalien have been halted, brought home concerns that the escalating trade war could finally impact Australia.

Though it is by no means certain the immediate curtailment of Australian shipments is directly linked to trade disputation, some of the alternatives are equally worrying. Australia’s ban on technology giant Huawei participating in 5G network development, limits on overseas property purchases, including related to farm land, push-back against the so-called ‘belt and road initiative’ and ‘right of passage’ considerations in the South China Sea are all aggravating Australia’s largest customer. 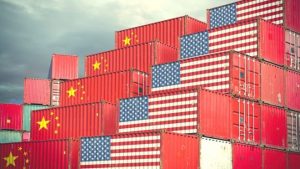 That said, in a crisis, we should look beyond the hype and we need to seek the simplest solution. In this case, it may well be that the slowdown in China’s economic activity, itself linked to the trade war with the US, means it requires less raw resources right now.

China has its own raw materials industries – coal for instance – and it has politically better ‘friends’ than Australia. Large volumes though they may be, Australia’s coal resources are not always the most important to China. If a cut is required, Australia will likely face those cuts before Russia and Indonesia, for example.

As a commodity supplier, Australia is especially vulnerable to both economic slowdowns and political limits on its imports to China.

This current situation – and the signal it sends – matters for Australia’s forestry and wood products industries for two reasons. First, the economic slowdown will at some point impact demand for wood resources. Second, Australian log and woodchip resources are unlikely to be immune from any widening or deepening of political pressure being played out through trade.

The operating stance right now? Eyes on China, and more attention than it deserves, on Twitter also.

First published in the monthly Wood Market Edge in February 2019.