Across Australasia, the tissue sector is preparing for expected rationalisation. Change that reduces the number of producers is now more likely than not. However, that does not have to result in lower production. Recent developments, in particular the sale of Asaleo Care’s Australian assets to Asia Pulp & Paper (APP), have altered a market that was already under pressure and stress.

At around 220,000 tonnes of production per year in Australia, with three larger producers, one smaller producer and growing imports, it always seemed inevitable there would be rationalisation in the tissue sector. 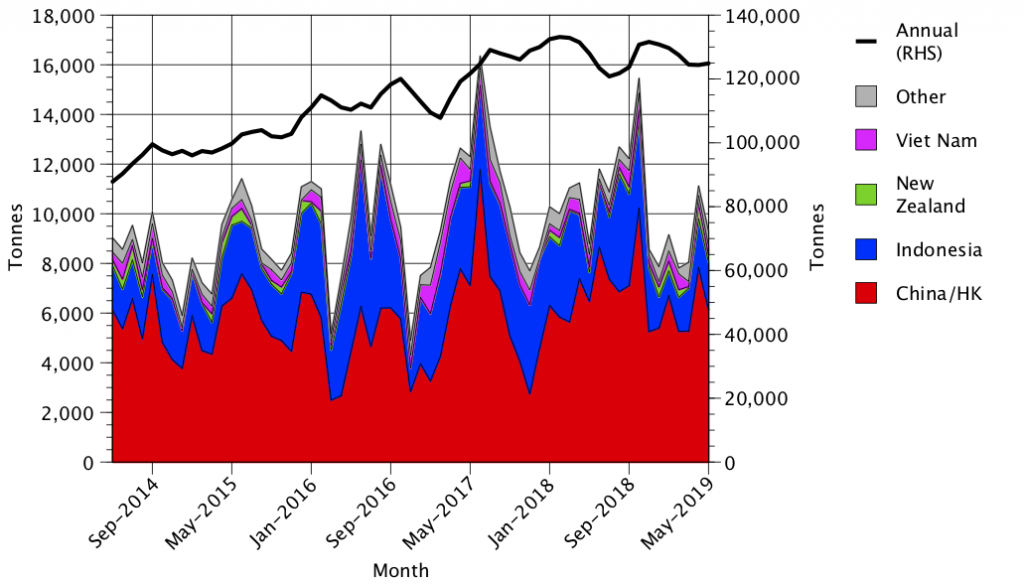 Other than the rise in imports from China and the smaller base volume increases from New Zealand and the USA, all other suppliers experienced declines.

The sum of these numbers is that the tissue market in Australia remains under pressures that are little different over the last several years.

IndustryEdge’s view in recent years was that the market structure meant ABC Tissue (Quilton, Tuffy), with the largest market share, greatest flexibility and lowest cost structure would remain in that position.

That meant the traditional manufacturers, Asaleo Care (Sorbent, Handee Ultra) and Kimberly-Clark Australia [KCA] (Kleenex, Viva) would be subject to most attention when it came to discussions about ‘survival’. For most of the last decade, the attention has been on whether these manufacturers could stave off the pressures posed by imports. The fourth local manufacturer is Encore Tissue.

At different points in the last few years, the strengths and weaknesses of each of Asaleo Care and KCA caused us to consider each to be under more stress than the other. And therefore, at different times, one has been more likely to close than the other.

IndustryEdge’s assessment is that the time is fast approaching when the local tissue manufacturing sector will rationalise to no more than three local manufacturers.

Most likely, that will occur by a reduction in manufacturing and an increase in imports.

Further acquisition activity is however possible, and would likely be driven by a local manufacturer. Depending on the shape of any acquisition proposal, the interest of the Australian Competition and Consumer Commission (ACCC) could be activated.

The tissue sector may be out of mind for many. However, pulp importers have close to one quarter of a million tonnes of interest in the sector, for instance. Retailers might also have an interest. For all they pursue an endless ‘price first’ strategy, they also have an interest in maintaining domestic manufacturing – their alleged support for local manufacturing is pretty skinny without them actually supporting local manufacturers.

As it stands at the beginning of the new financial year, all the conditions point to a tissue sector ripe for rationalisation. More to the point, it is probably coming soon. We just cannot predict the path it will follow, yet.

This is an edited extract of an item that first appeared in Pulp & Paper Edge in July 2019 (Edition 166).