Sydney sees import values rise – but not for all grades

Valued at AUD1.328 billion (measured on a free-on-board basis) total pulp, paper and paperboard imports to the Port of Sydney lifted 6.5% on the prior year. The increase in the value of imports for the year-ended April 2019, was by no means evenly spread across grades or regions. In fact, in the context of the ongoing trade war, it seems as though the laws of unintended consequences are alive and well. 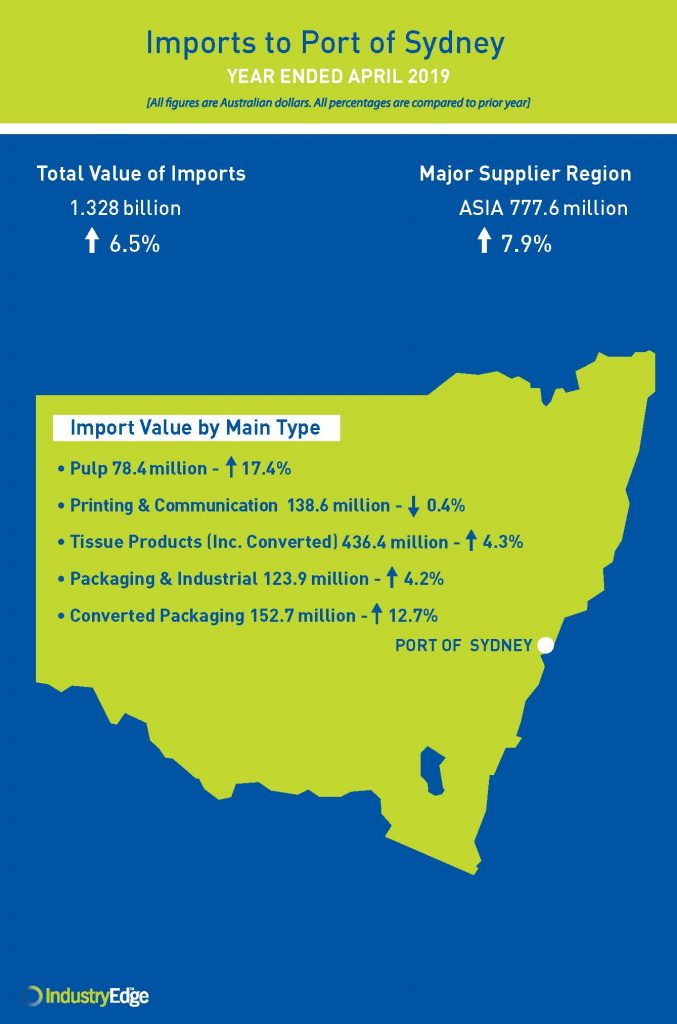 There will be little surprise that the major supplier region over the year was Asia. Almost 59% of the value of shipments into the Port of Sydney was from Asia. At AUD782 million, value was up 8.3%, or modestly more than the total value of imports.

However, not all regions improved their position into the Port of Sydney over the year. As can be observed, the value of shipments from North and Central America fell 7.3% but still amounted to AUD119 million. Conversely, the value of European shipments lifted 13.0% to AUD317 million.

The table displays this data, on an AUD million basis.

The chart provides a picture of this situation, on a monthly basis, over the last five years. 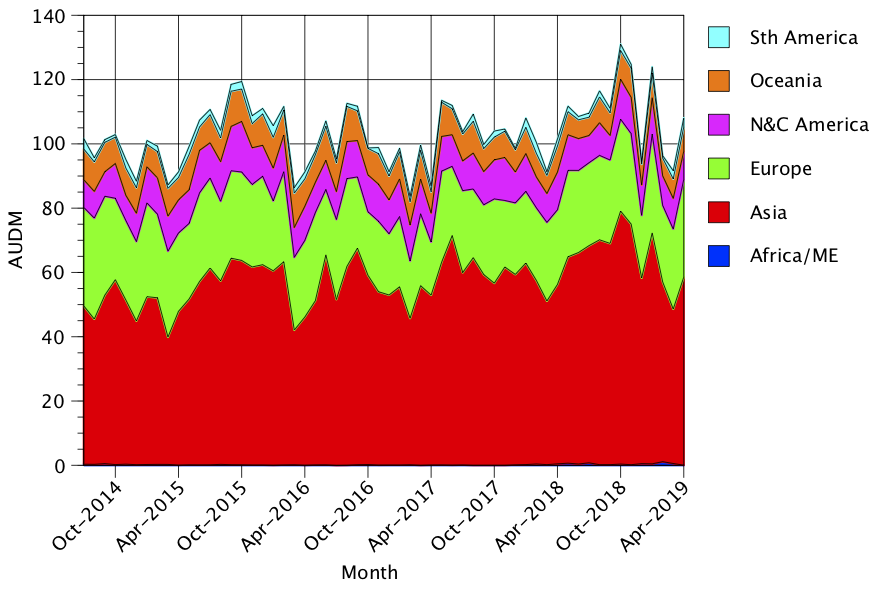 Examining imports of the main grades (excluding smaller volume items and specialties), it is probably unsurprising that the value of Tissue and Packaging & Industrial grades have grown (by 4.3% and 4.2% respectively) over the last year. It is equally unsurprising that the value of Printing & Communication grade imports has declined 0.2% over the same period. The table below shows this detail, and the chart that follows delivers the longer-term data.

We note that the Pulp import value rose 14.0% and a close examination of the data shows that increase is almost entirely linked to price increases associated with the global pulp price rise. There appear to be no volume changes of significance in that data.

In aggregate, the value of imported Printing & Communication papers to the Port of Sydney, fell 0.2% over the year-ended April, totalling AUD141.6 million. We might say ‘nothing going on here’, but the detail in the table below shows that isn’t the case.

Edited extract from an item that first appeared in Pulp & Paper Edge in July 2019 (Edition 166).