Each year Australia reprocesses around 1.7 million tonnes of recovered paper, exporting a further 1.0 million tonnes. A small volume ends up in landfill each year and some remains in permanent storage. The system is largely in balance, where the ‘balancing item’ is currently annual exports.

However, ‘balance’ is probably not the best description for a national fibre recycling system that is more about ‘flows’ than many seem to comprehend.

Every year, Australia imports around 0.8 million tonnes of paper and paperboard of all grades, from lightest-weight tissue products to heaviest-weight corrugated packaging and everything in between. That is a supplement to the 3.0 million tonnes of local paper and board production, of which around two-thirds is consumed in Australia, with the rest exported.

So, net-net, Australia is an exporter of paper and paperboard.

As the simplified supply chain graphic shows, thanks to the importation of at least 1.3 million tonnes of fibre packaging (mainly corrugated) imported with the goods they contain, Australia’s total annual supply of paper and paperboard is closer to 4.1 million tonnes.

Around 0.4 million tonnes is used and disposed of instantly (mainly tissue and sanitary products) and IndustryEdge estimates about 0.2 million tonnes ends up in files and storage. That means total material available to recover is about 3.5 million tonnes per annum.

Recovery totals about 2.7 million tonnes. The recovery rate arising from that – something close to 77% – is solid, reliable and repeated year after year. The majority – around 1.7 million tonnes – goes to manufacture corrugated boxes.

Add Australia’s 1.0 million tonnes of recovered fibre exports and the fibre balance is completed. The current emphasis on domestic supply chains and circularity has turned attention to the exports of recovered fibre – what more can the nation manufacture from a resource that is mainly supplied by our net imports of consumer goods? 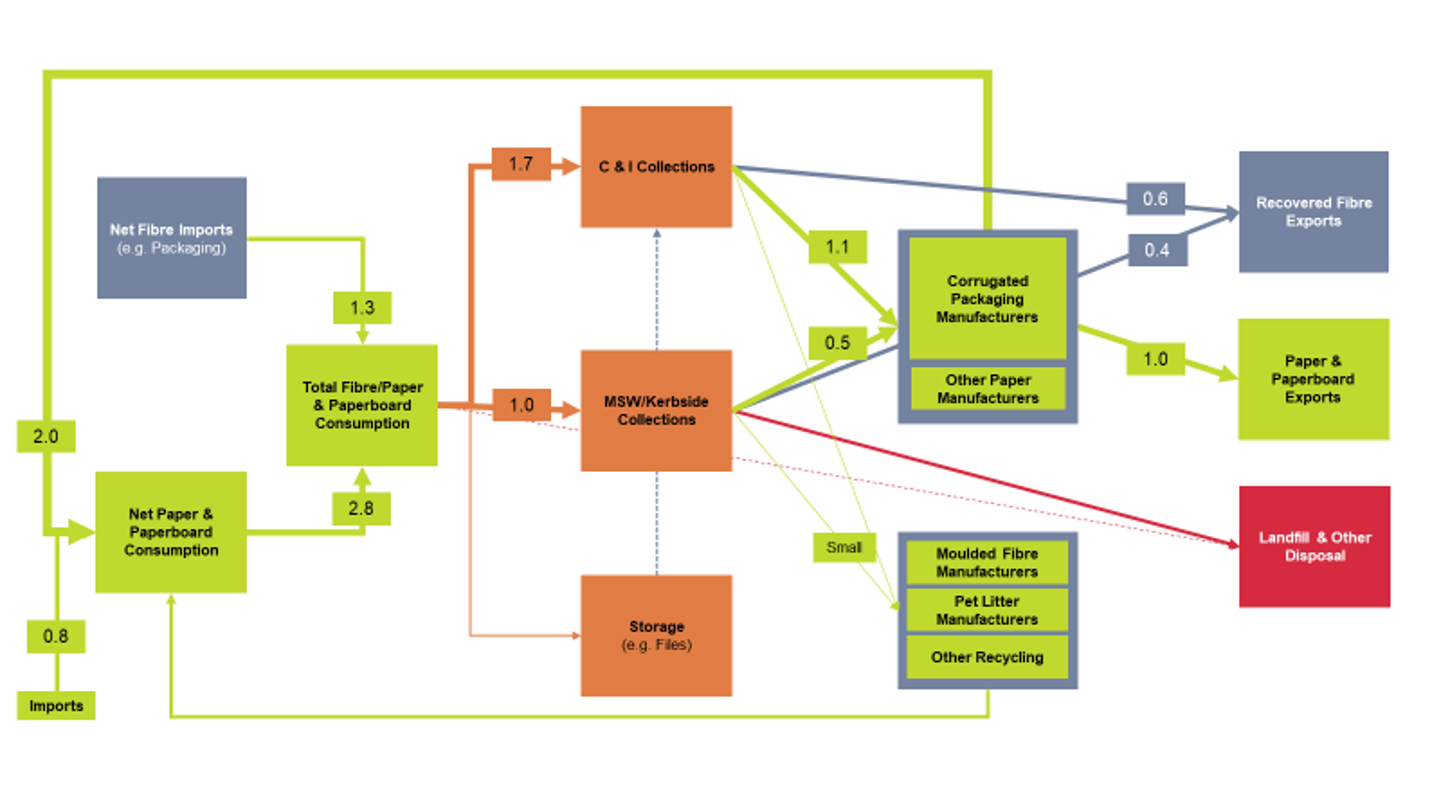