New Zealand’s recovered paper exports are increasing, along with prices, as the global fibre market recovers.

Averaging NZDFob218/t in March 2021, New Zealand’s recovered paper exports have increased consistently since March 2020, when they were 84% lower at NZDFob119/t. True enough, that was in the midst of the dark days of the pandemic, but it was also at a point where the market was already disrupted.

The last year has been tumultuous for recovered paper exports from New Zealand. The export market bottomed in April 2020, when exports totalled less than 16 kt, while over the last year, they have averaged closer to 22.2 kt. Just as relevant, price has been a challenge for much of the year. Leave aside the monthly highs and lows set out above, the average export price for the year-ended March 2021 was NZDFob162/t, down from an already low NZDFob165/t for the year-ended March 2020.

The corner seems to have turned on recovered paper prices out of New Zealand, but the caution of course, is that some of this is directly linked to the higher pulp prices experienced in the first quarter of 2021. Those prices have plateaued, and many expect them to decline in the next few months.

As the first chart sets out, exports of Unbleached Kraft (mainly Old Corrugated Cartons) have increased in recent months, underpinning most of the average price increase. 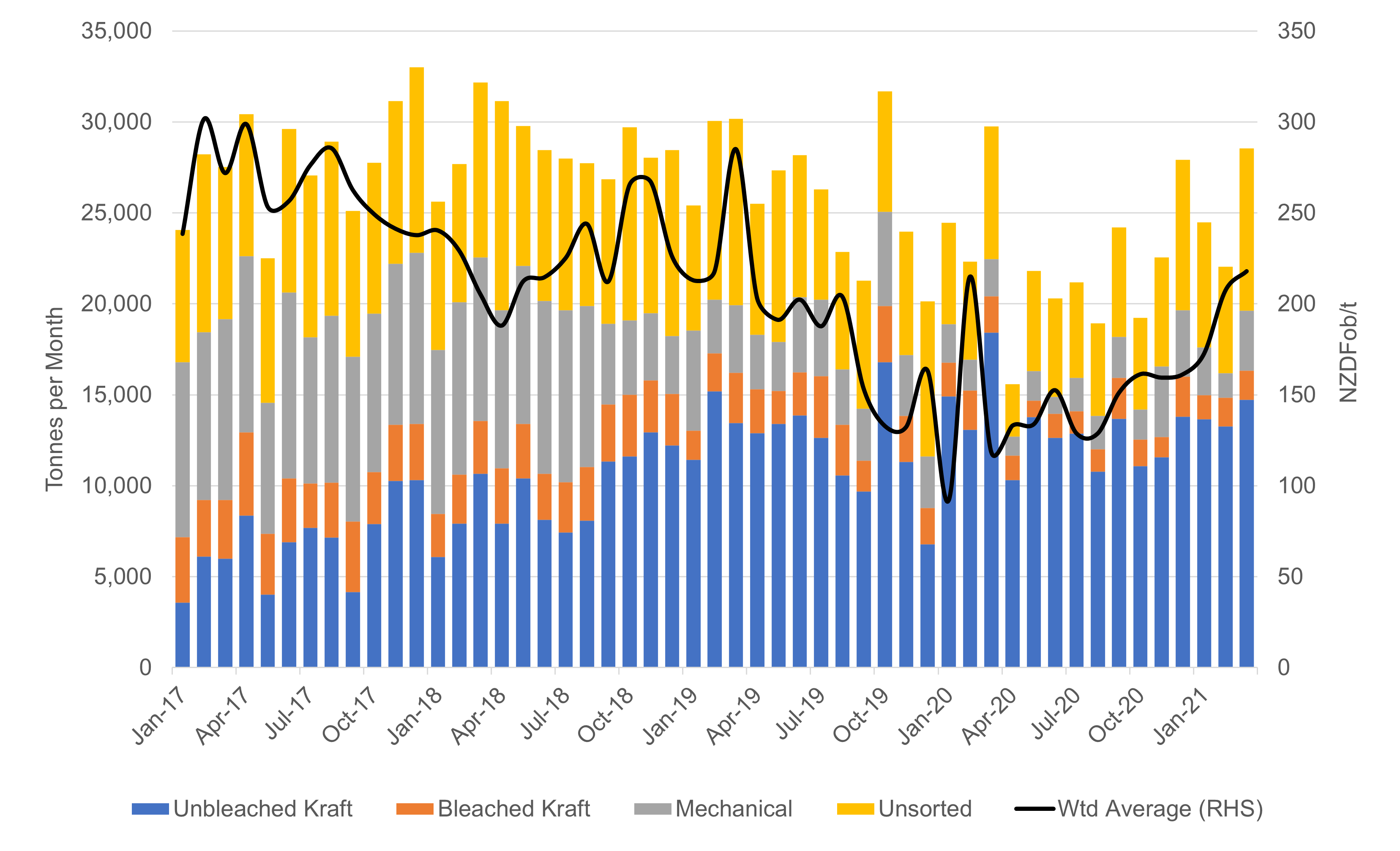 As the table evidences, however, despite some recent improvements, exports of recovered paper are still down more than 12% year-on-year. The implication is that something like 35,000 tonnes of resource has been wasted over the last year, most likely ending up in landfill.

It is little wonder export volumes are improving. The average prices for each grade have been improving sufficient to make the recovery efforts worthwhile. 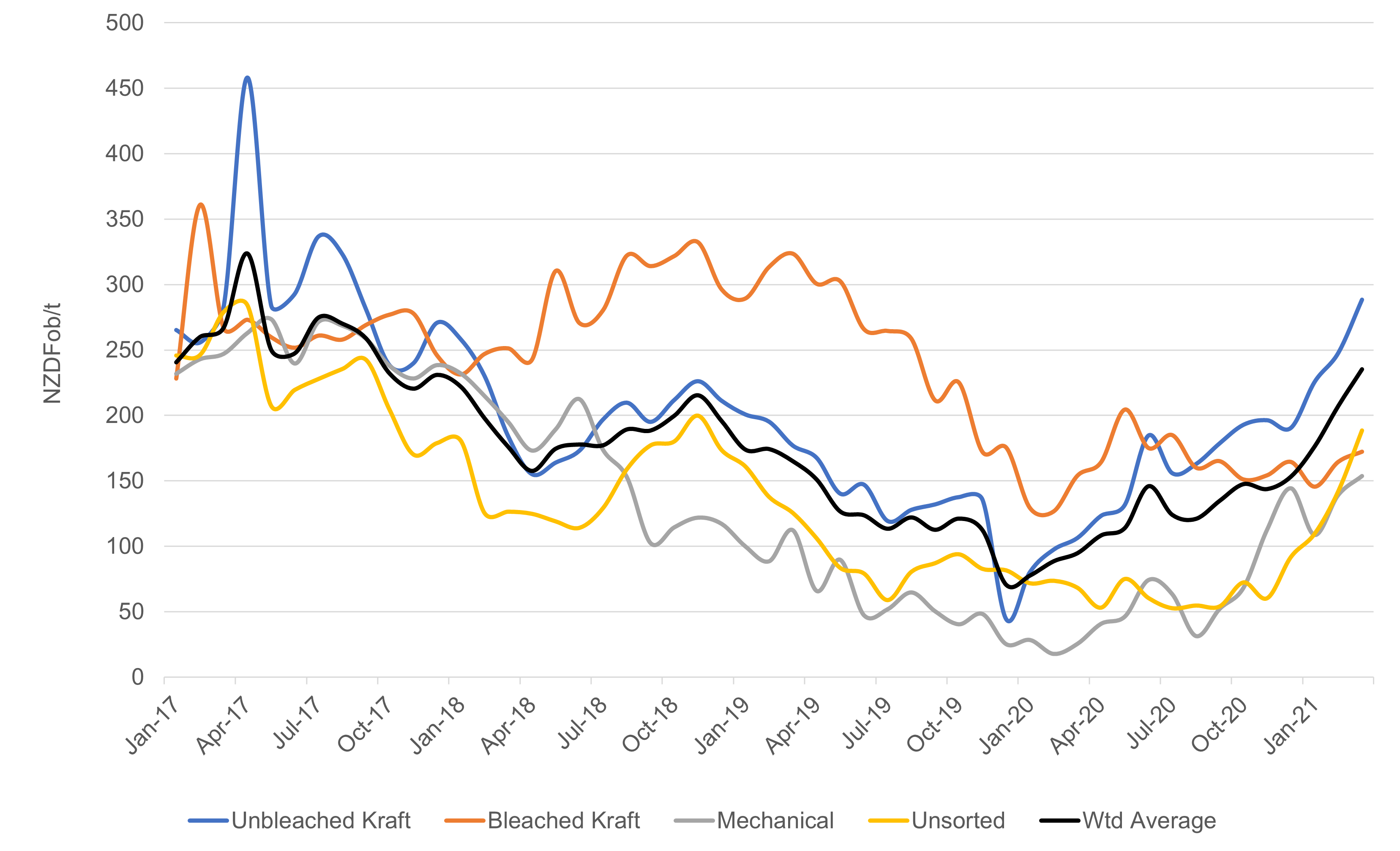 Unlike Australia, for whom the China trade has been all consuming, exports of recovered paper from New Zealand have long been dominated by shipments to Indonesia. The chart and table below demonstrate that even in the depths of 2020, Indonesia remained the dominant recipient.

Over the year-ended March 2021, Indonesia received more than 48% of New Zealand’s recovered paper exports, with only India’s (less than 17%) in any way significant in comparison. 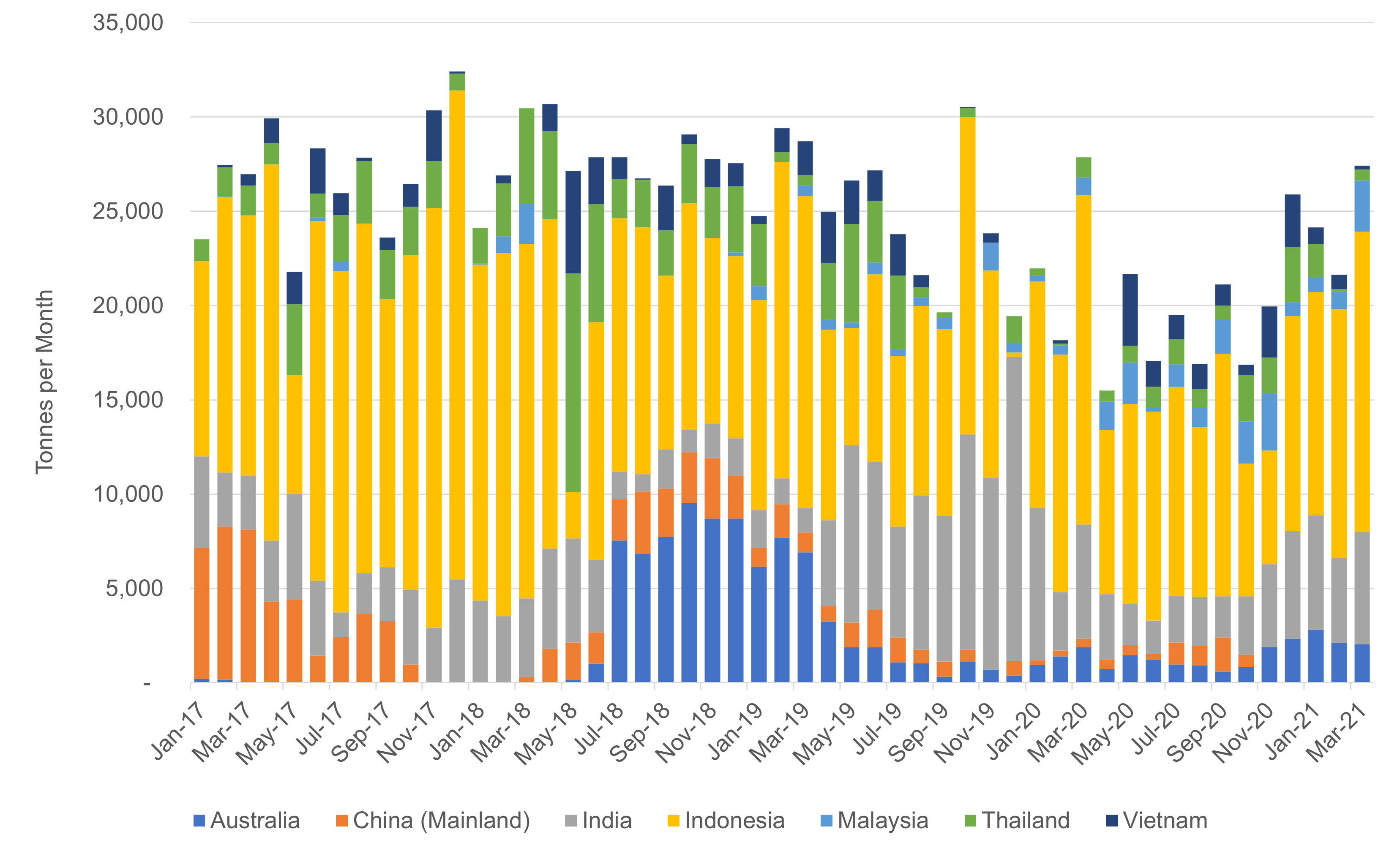 For all that Indonesia appears to be a mainstay of New Zealand shipments, that doesn’t mean the trade has not altered. The changes have been significant between the grades, but most of the changes occurred around two years ago.

As the final chart and table show, the exports to Indonesia switched from the Mechanical and Unsorted grades to the Unbleached Kraft grade. This has a lot to do with reduced newsprint consumption in New Zealand. But more significantly, it has a huge amount to do with the changing patterns of demand and consumption in China and subsequently in Indonesia. As China began to exit the market, shipments dedicated to it were easily transferred to satellite manufacturing countries. For New Zealand – and more recently for Australia – that has meant increased shipments to Indonesia. 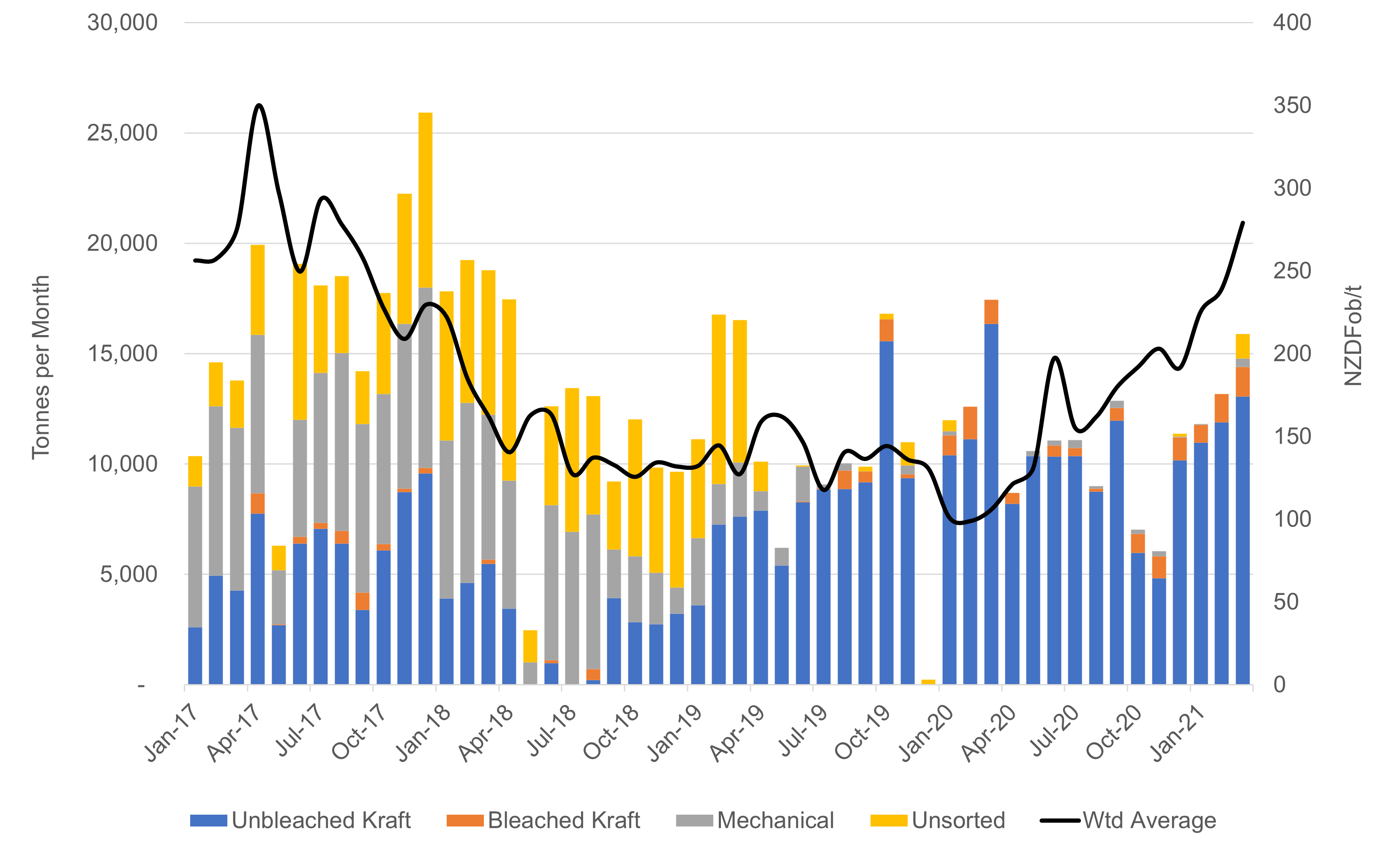 Each month, IndustryEdge researches, analyses and reports all aspects of the fibre supplies, pulp, recovered fibre, paper and paperboard industries in Australia and New Zealand