Exports of recovered paper from New Zealand lifted 6.3% year-ended March 2022, to total 283.6 kt. Amidst solid export growth overall, a curiosity arose over the year with Old Newsprint (ONP) exports lifting 176% to a reported 71.5 kt, while the Unsorted grade saw exports fall 53% to 33.4 kt.

The prospect of misclassification between the two grades seems likely, a topic we are exploring right now and will report on in future editions of our headline publication, Pulp & Paper Edge. A further matter of interest is the recent return to growth of shipments of recovered paper from New Zealand to Australia. Those shipments lifted 51% to 27.4 kt year-ended March.

New Zealand’s exports of recovered paper are set out below. 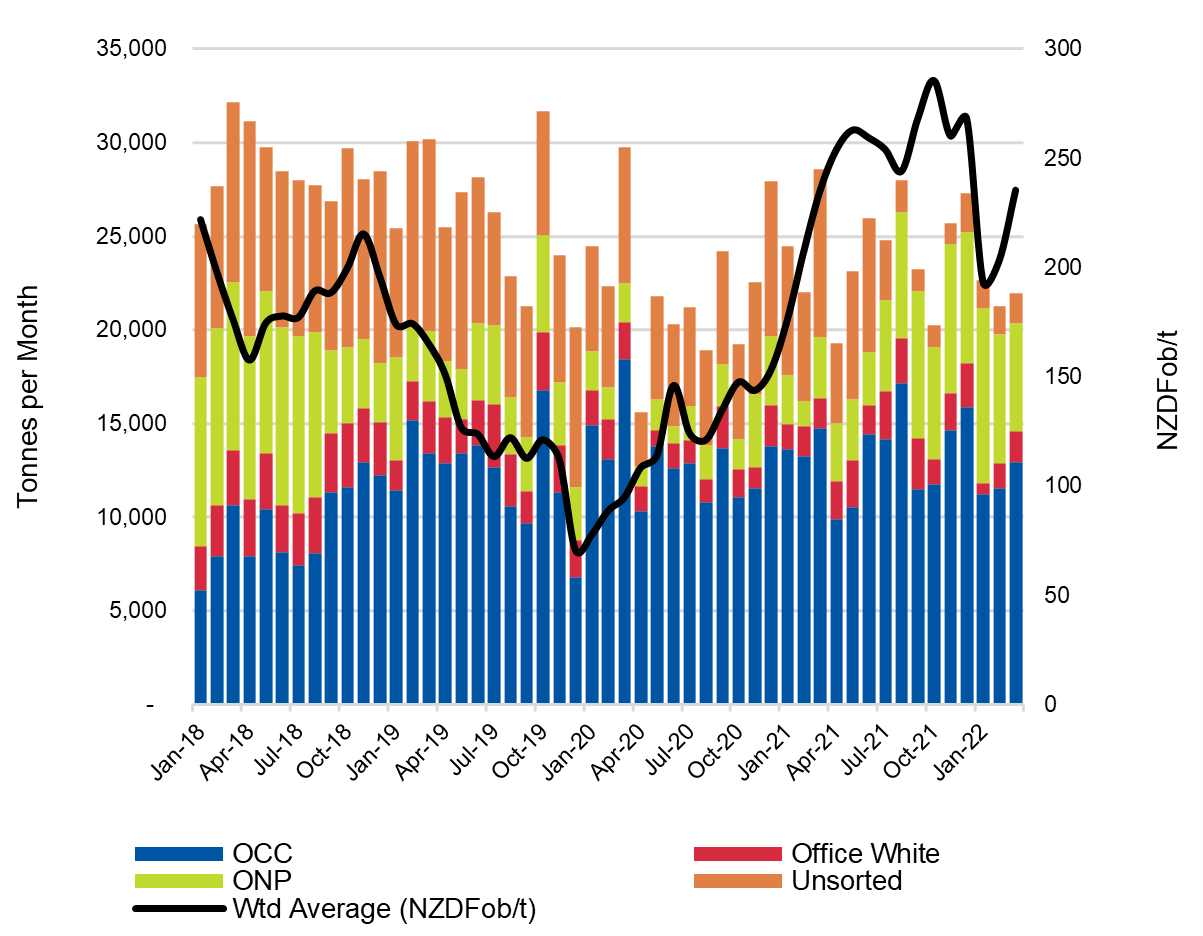 The apparent swing between ONP and Unsorted exports is obvious in the table, but less so in the chart. It has been a gradually developing situation and one requiring further analysis, but there are some clues available in the average pricing data.

For all that average export prices have softened over 2022, at NZDFob235/t in March 2022, the rebound sees average prices heading back towards the top of the range. 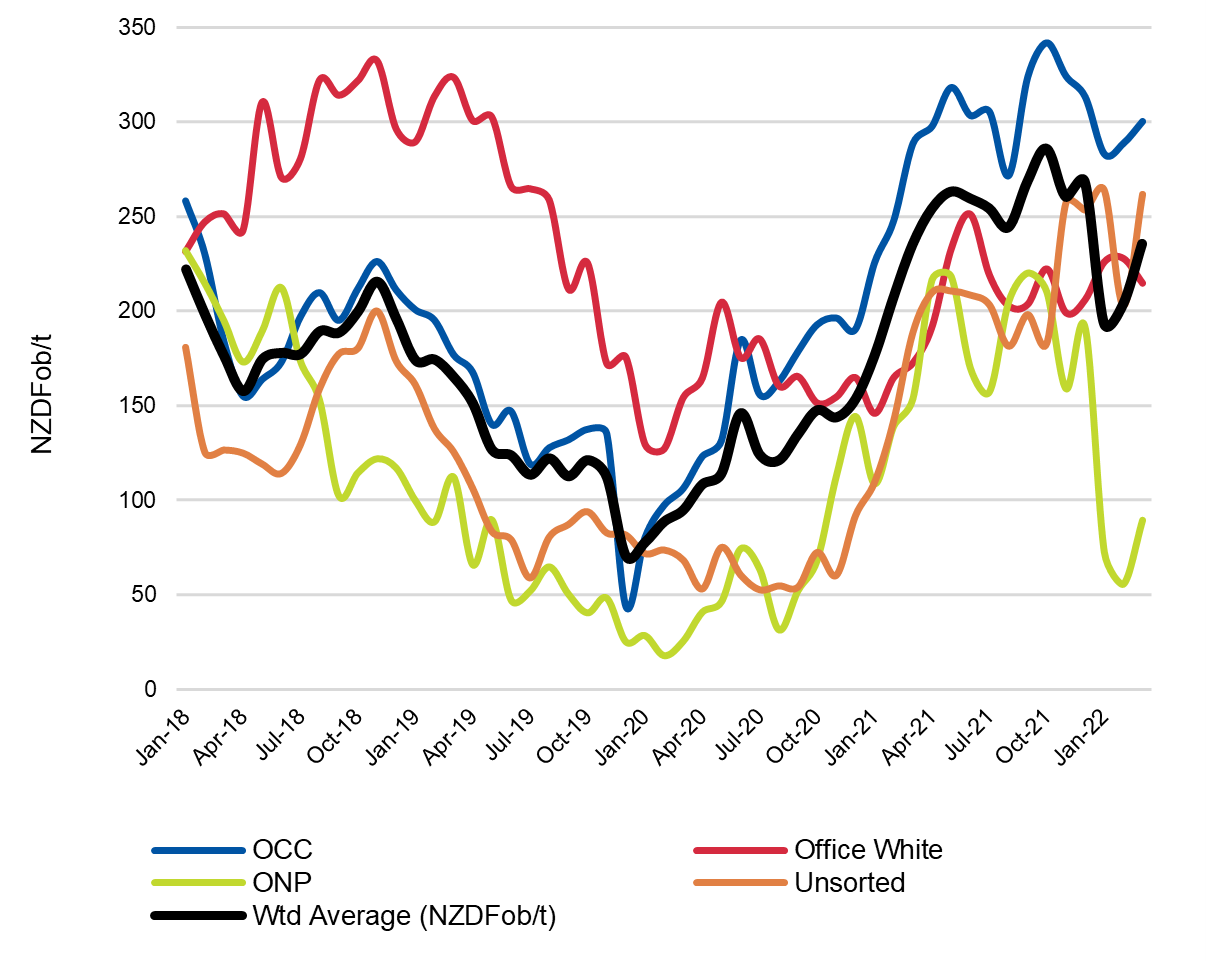 Typically, the global market for recovered paper expects to see ONP and similar grades quite high priced – good quality, long, strong fibre is always sought after. The apparent decline in average prices over the last year is unlikely, as is the collateral apparent rise in the average price of the Unsorted portion. The divergence in the two appears to support the view there has been misclassification of unsorted grades as ONP.

There is a second reason there has likely been a misclassification. Around 72kt of ONP exports means at least that much ONP was recovered progressively over the last year. Our assessment is this is virtually impossible because annual consumption is no more than 30 kt per annum. 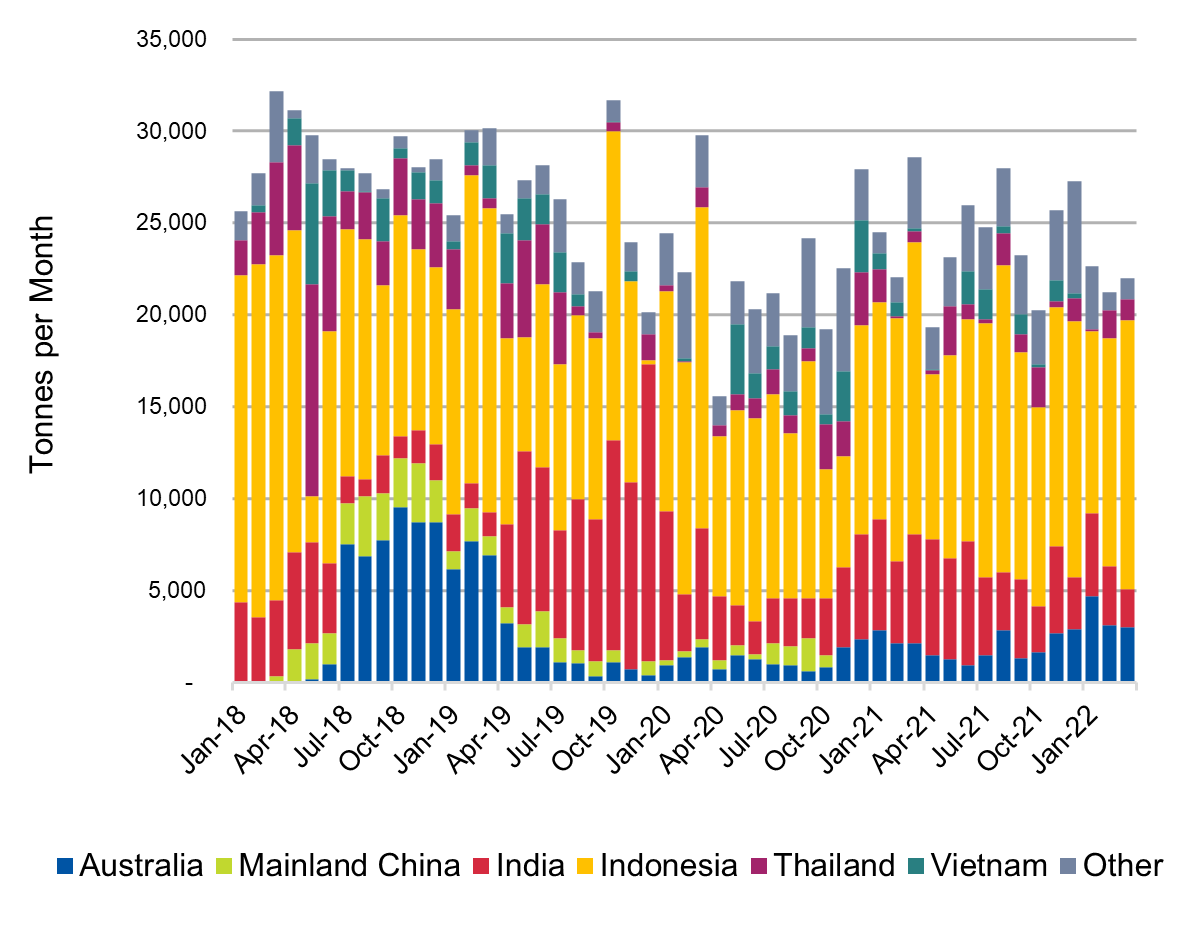 China’s exit from recovered fibre markets has seen Indonesia become an ever-larger recipient of the region’s recovered fibre. Its role as one of the main outsourced suppliers of packaging papers to China is the driver of growth. 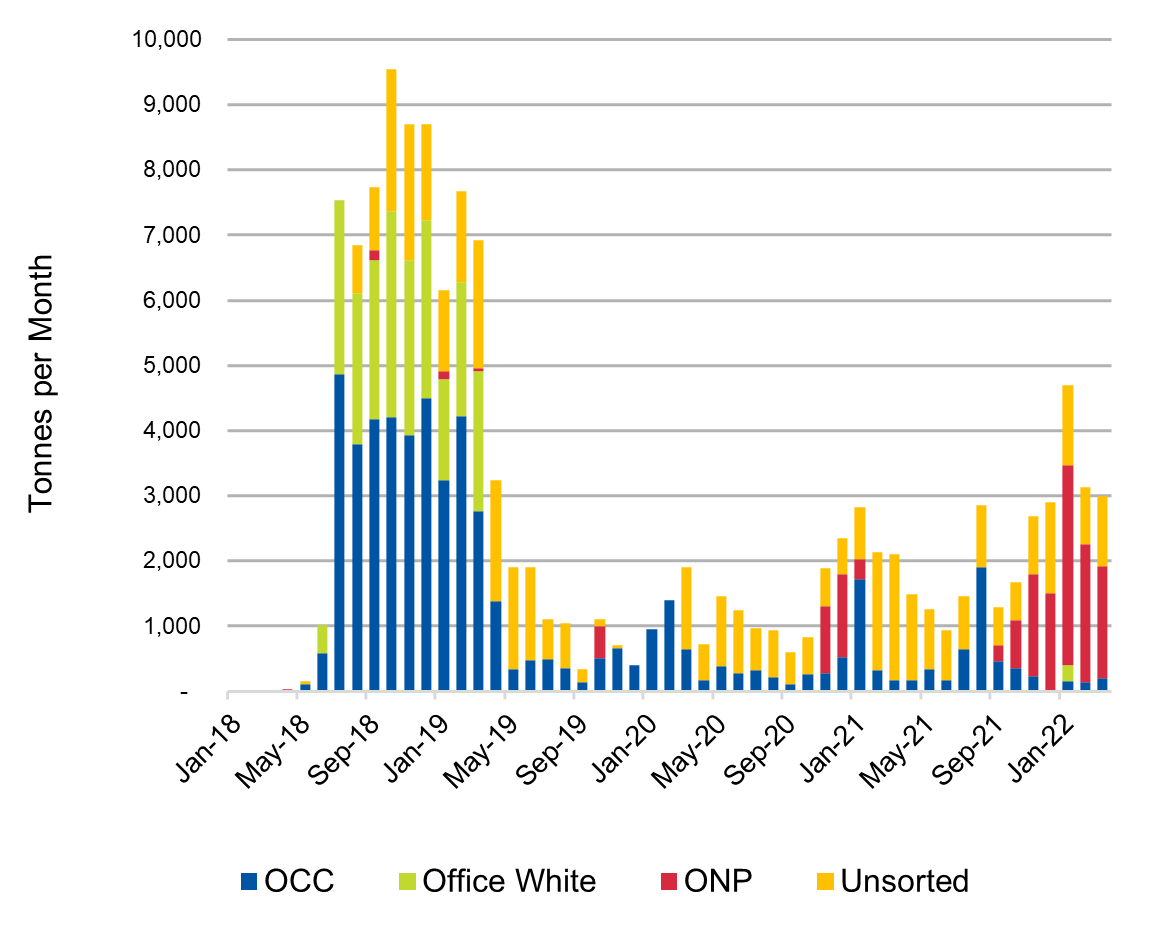 Observably, shipments to Australia have been larger – much larger – in the past. The interesting lift is again that related to Old Newsprint or ONP. According to an Australian buyer, this detail is overstated, but not by a huge margin.

The buyer also told IndustryEdge they could afford to buy ONP from New Zealand, but mainly because their demand is strong and they need the fibre. Not at any cost, but at a good price.

There remains a lot of settling to be accomplished in the global recovered fibre market, but if we think this data through, we might be seeing an increasing localisation of supply. A kind of emerging regional circular economy. That might prove to be strategically important in the modern era.