Australia’s last millet broom factory – a two-person outfit in Tumut – is being swept up by imports, and the changing habits of Australian sweepers. Our interest was piqued when news reports announced that Australia’s last factory using stiff grass millet fibres was refusing to give in to what some might see as the inevitable end of a once stable domestic industry.

The ABC News report states that the Tumut Broom Factory once provided income to 120 families in and around Tumut, where the millet was sourced and transformed into the nation’s brooms. But in an uncommon twist, millet is no longer grown as a cash crop by local farmers. Instead, it is imported from Mexico. 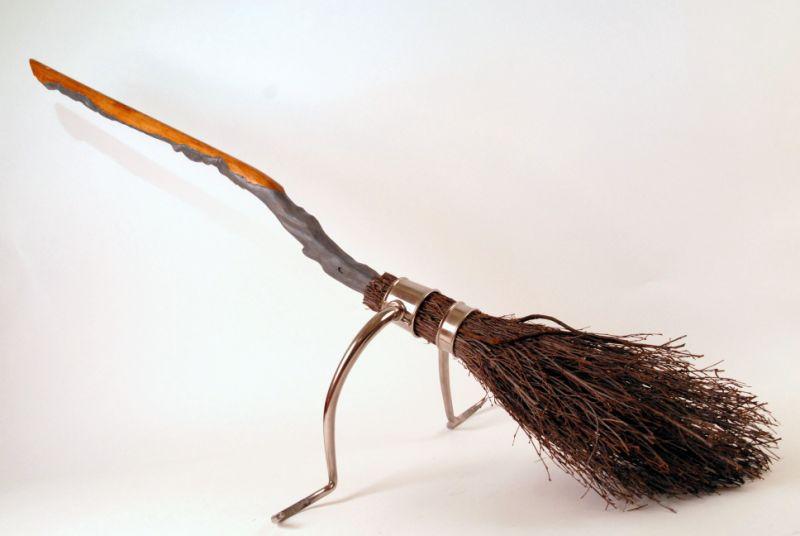 Typically Australia exports its raw materials and imports its manufactured goods. The Tumut Broom Company imports low value resource and manufactures high value finished products. But those products are under pressure themselves, from imports of course and devices like vacuum cleaners.

Every month, Australia imports between 40,000 and 47,000 brooms and brushes ‘consisting of twigs or other vegetable materials…’. The significant volume of brooms is imported from China, India and Vietnam.

It probably doesn’t amount to a stack of millet, but in 2019, these straw based broom and brush imports totalled over 540,000 units. When we examine the detailed data and think that through, we can see that more than long-handled millet brooms must be included in this data. The clue, we suspect, is in the ‘brushes’. Small scrubbing brushes sold in supermarkets, those cheap brushes in the $2 shops, with a slightly longer handle that turn out to be less useful than we hoped when we bought them. Those are clearly included in this volume of imports that in 2018 averaged just AUDFob0.49/unit. That’s right, 49 cents an item. That doesn’t buy a lot of brush, and it wouldn’t pay for a broom. Little wonder the remaining two workers at the Tumut Broom Company reckon their jobs are under pressure!

Here at IndustryEdge, the floors are done with brooms, and Australian millet brooms (with a nod to the Mexican millet suppliers) is our must have sweeping item. As an aside, we note the handles are made locally too!