Plenty of parents despair of their children’s focus on comics over ‘real’ books. Until that is they find that their reluctant readers are actually learning how to read. Borrowing from US culture, Australians have long been significant consumers of illustrated comics, albeit in a small market crowded with a bewildering array of titles and more than a few bizarre heroes.

Although there has long been a local print and re-print market, the reality is that the majority of comics have (except for the period immediately after the Second World War) been imported, primarily from the US.

The chart below shows some presence of comics from China and the UK, a current contribution from Canada and occasional supplies from other countries.

But in a market worth just AUD8.3 million over the year-ended March 2019, it is the USA that dominates all time periods. 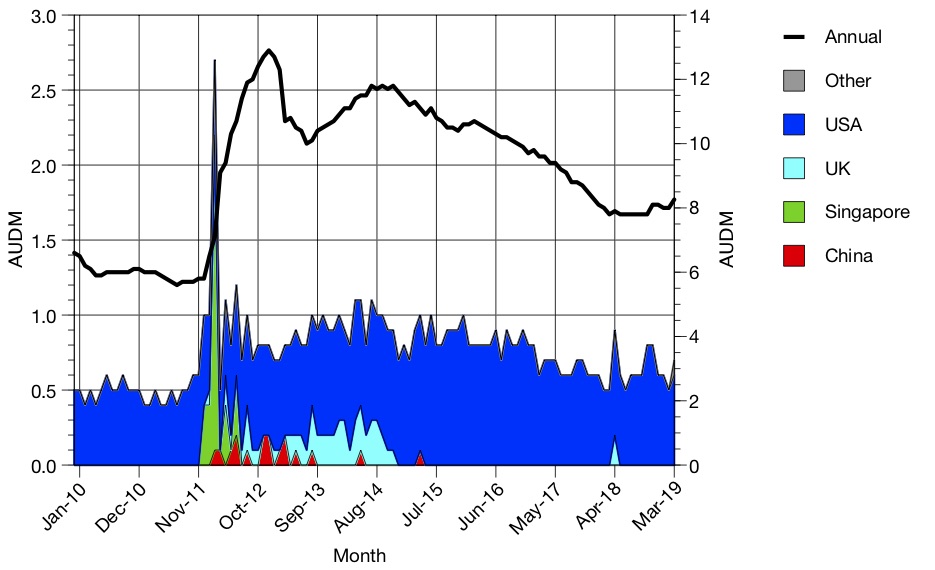 After what appears to have been a one-off spike in imports in 2013, the data shows the value of imports rising in Australian dollar terms, then declining subsequently, to their current levels.

It seems barely worthwhile, but the table below shows the relevant country details.

One driver for the gradual decline in the value of imports shown in the chart, has been the rise of e-commerce. This data does not include retail sales conducted over the internet, initially on platforms like ebay and more recently, Amazon and others.

We spoke to a comic book store owner (so we could feel like the guys from The Big Bang Theory). They said their sales are about the same as they were five years ago, with plenty of ‘look-in-store, buy-online’ behavior evident.

For those wondering if Australia had its own comic book heroes, the answer is yes, but with some qualifications.

After the Second World War – from 1946 to 1958 – The Crimson Comet, Silverr Starr, Captain Justiceand The Ravenwere home-grown heroes with their own comics. The era was considered the golden-age for Australian comics, but it had its genesis in import restrictions on comics from the US. Tariffs were extensive and had to be paid in US dollars. 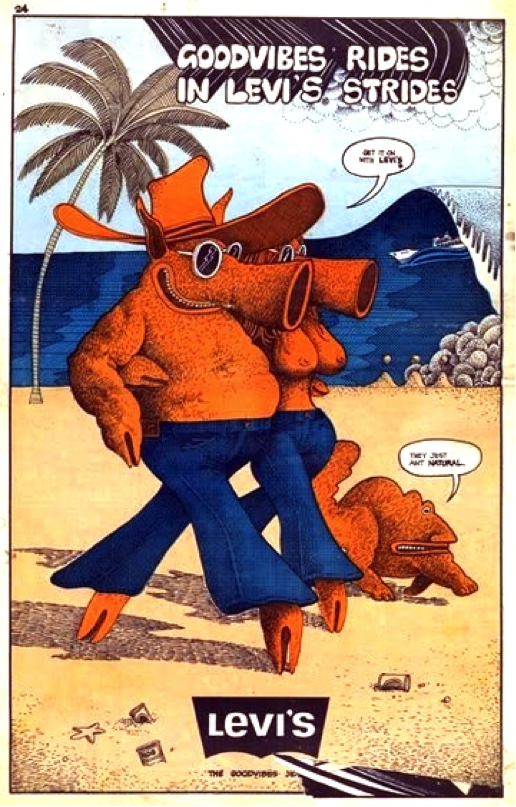 The reprints industry was strong for a time, but worked only in black-and-white because the market was too small to sustain colour. As soon as the tariffs ended, imports killed off most of the local market.

By 1973, there was just one local comic hero of note – Captain Goodvibes* –  featuring a “…pot-smoking, motorcycle riding pig”. The Captain lasted eight years, surprisingly, but was a part of the surf counter-culture for a period, fighting the ‘triple pillars of evil: sobriety, employment and authority’. He was sufficiently famous to star in his own Levi’s ad.

A print resurgence occurred in the early to late 1980s as digital delivery and fan culture increased, but as the data shows, the last decade has seen the value of imported comics (for wholesale at least) ultimately rise only a little.

IndustryEdge’s monthly data series include fully detailed printed material imports. This data is often of interest to publishers and the ‘book trade’. If subscribers need to know who is reading what and where it comes from, contact us and we will supply you with copies of the data.