Australia’s recovered paper exports totalled a stable 88.4 kt in November as shipments to China fell away in preparation for the import ban that commenced on 1st January 2021. Shipments to China plummeted to 8.7 kt (down 71% on the prior month), as those to Indonesia more than doubled to a near record 42 kt for the month. Traders anticipate that exports to Indonesia hit record levels in December, totalling over 50 kt for the first time.

November’s average export price held steady at AUDFob177.20/t, but was marginally lower in US dollars, thanks to a weaker US dollar.

Overall, the market took the inevitable decline in trade to China in its stride, but it must be said, traders are treading a weary path at the moment, with no participant reporting any great opportunities in the international market for the forseeable future.

Figure 1 demonstrates the role Indonesia has taken on over recent times, but especially in November. It accounted for more than 47% of total shipments for the month, a record that is seems set to better almost immediately. 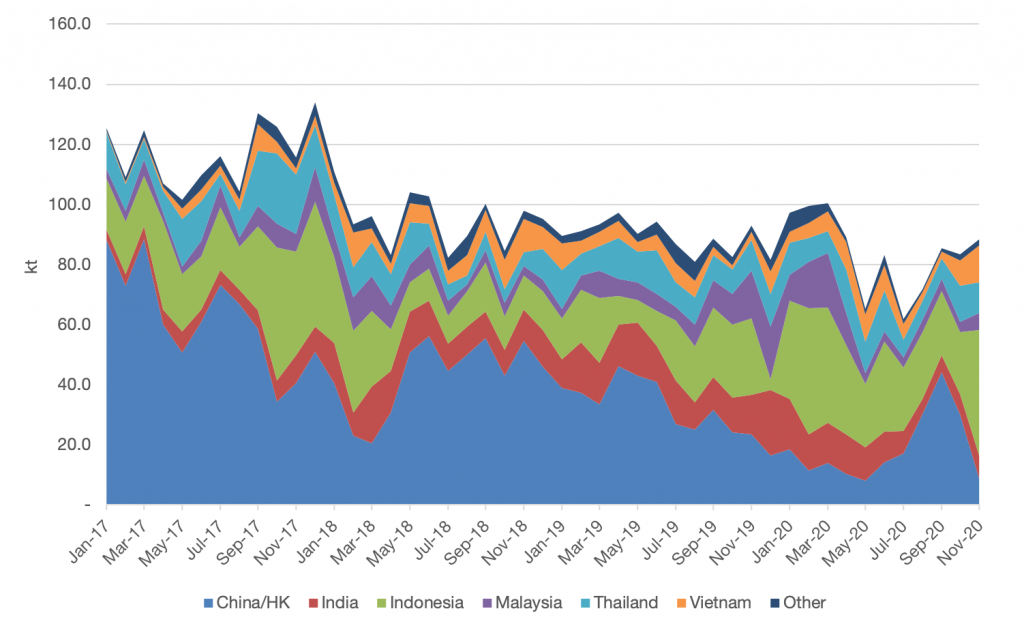 Although traders continue to hold out hopes for market development in India, that market seems still to be well short of the type of maturity required to provide the support to Indonesia that the Australian supply will demand. Instead, the emphasis is likely to remain south-east Asia, particularly Thailand and Vietnam and to a lesser extent Malaysia.

The rationale for this estimation is important. Chinese paperboard manufacturers and integrated box makers have to date shifted some – and soon will shift more – of their production outside of China, in preparation for the recovered paper import bans. Thailand, Vietnam and Malaysia are the leading countries where the packaging production expansion has been greater than their own economic growth would ordinarily dictate.

As Figure 2 shows, exports in November continued to be dominated by Unbleached Kraft (OCC) and Mixed/Unsorted grades. Exports of Bleached Chemical (Office White) and Mechanical (ONP and OMG) have all but disappeared from the export market. 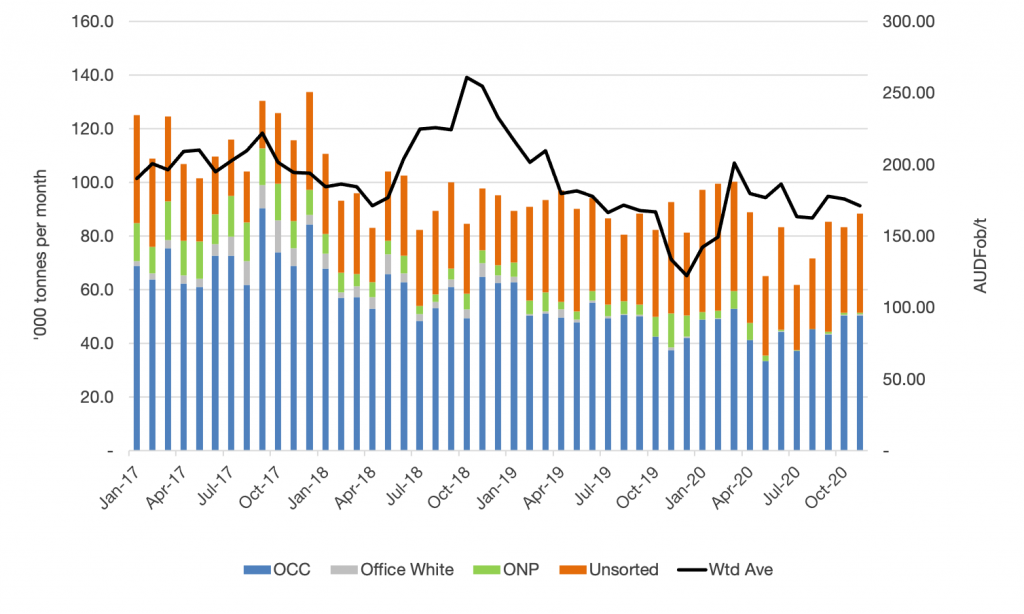 The average OCC price was a consistent AUDFob127.49/t in November, but around AUD44/t lower than the weighted average price, which is driven by the differential between the two main export grades. The Unsorted grade’s average price was AUDFob220.60/t in November.

The Mixed/Unsorted volume includes large volumes of kerbside recovered materials for which there is effectively no local market. Expectations of it being perpetually lower priced have simply not eventuated. One reason for this is that this ‘grade’ is used to export specialty recovered paper (like pre-consumer volumes of clean converting offcuts and overruns), but it does beggar belief they would be sufficient in volume and value to overrun the larger mass of material that comes from the kerbside stream.

It is worth examining Australia’s exports by State of origin. As Figure 3 shows, recent months have seen Victoria’s exports expand, as those from New South Wales declined. Other states have remained fairly stable as the patterns of export have altered between the two major states. 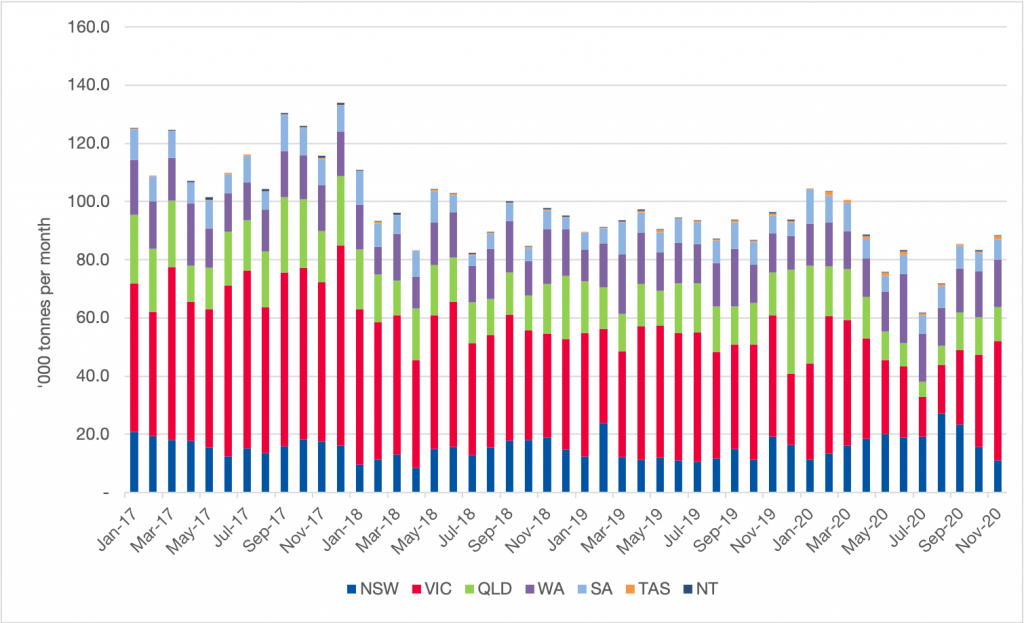