Hardwood chip exports climbed to a reported 365.7 kbdmt, up 34% on the prior month. That growth only serves to accentuate the fact that exports for the March quarter (932 kbdmt) were 16.3% down on the December quarter, and annualised exports (3.776 Mbdmt) were 29.5% lower than for the year prior.

Softwood chip exports continue to operate within bounds of their normal ranges.

Exporter attempts to mask the destination of hardwood chips are reflected in the chart below, which shows significant volumes of exports currently recorded as ‘No Country Details’. 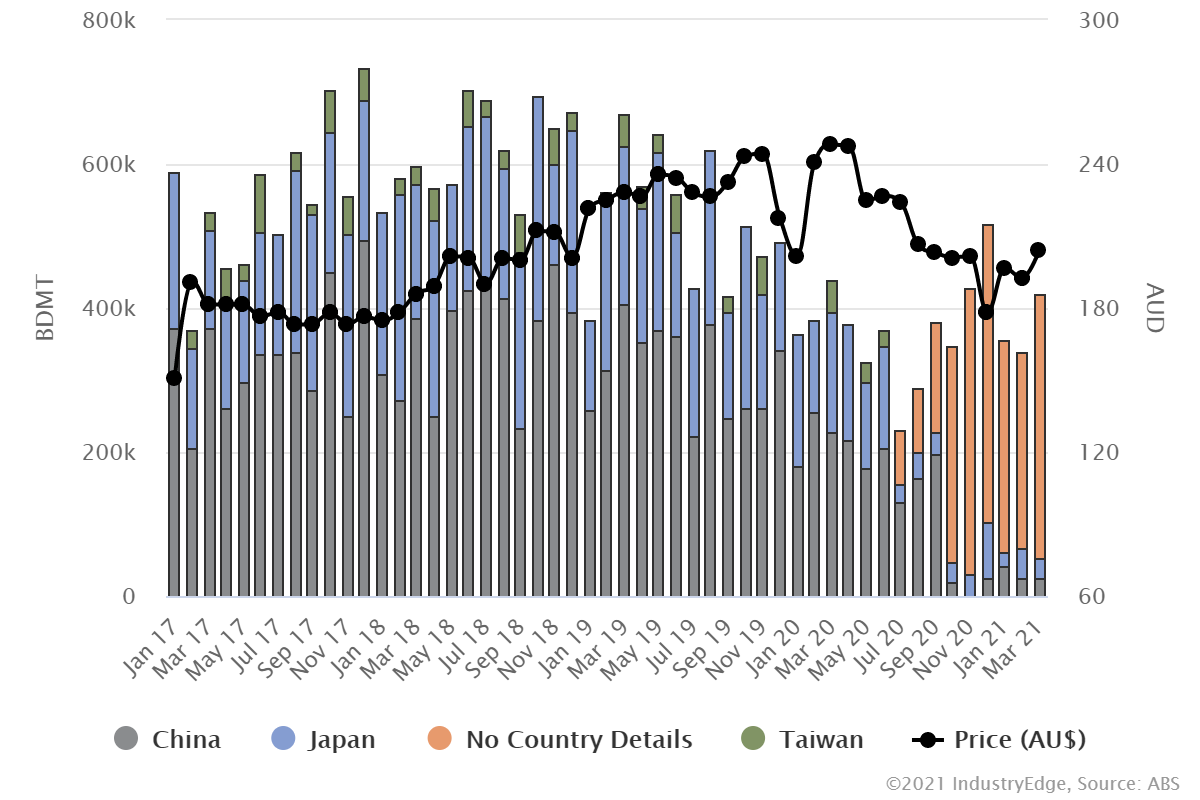 IndustryEdge subscribers have access to port-to-port vessel tracking that makes the confidentiality restrictions irrelevant, in any event. We need not point out that this blunt tool confuses no one and runs exactly counter to the open-market principles that typically apply to international markets for commodities.

Using vessel tracking, we are able to identify the significant majority of the woodchip exports, and their destination. The tools used by Wood Market Edge online subscribers include the ‘Sunburst’ wheel below, which works dynamically, allowing users to choose the date range in which they are interested, the country, port and ultimately the vessel on which the chips are being carried. 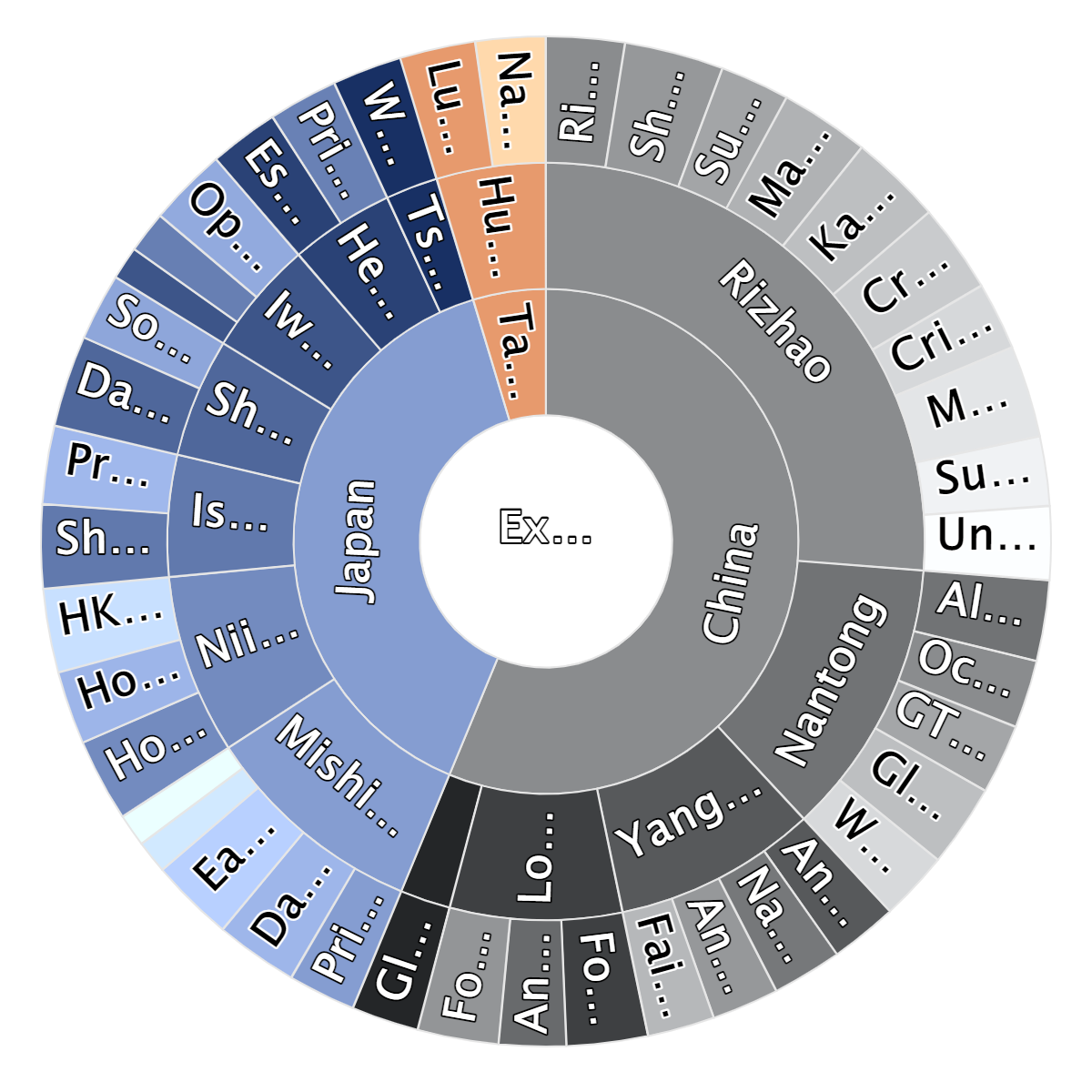 The following charts, in both AUD and USD, show the relative price movements of the two chip species, since January 2017.

Until the recent pulp price rally, woodchip prices had been under pressure. That simply cannot be the case now, and to be explicit, IndustryEdge expects upwards pressure on woodchip prices to be observed from no later than the start of the second half of 2021. 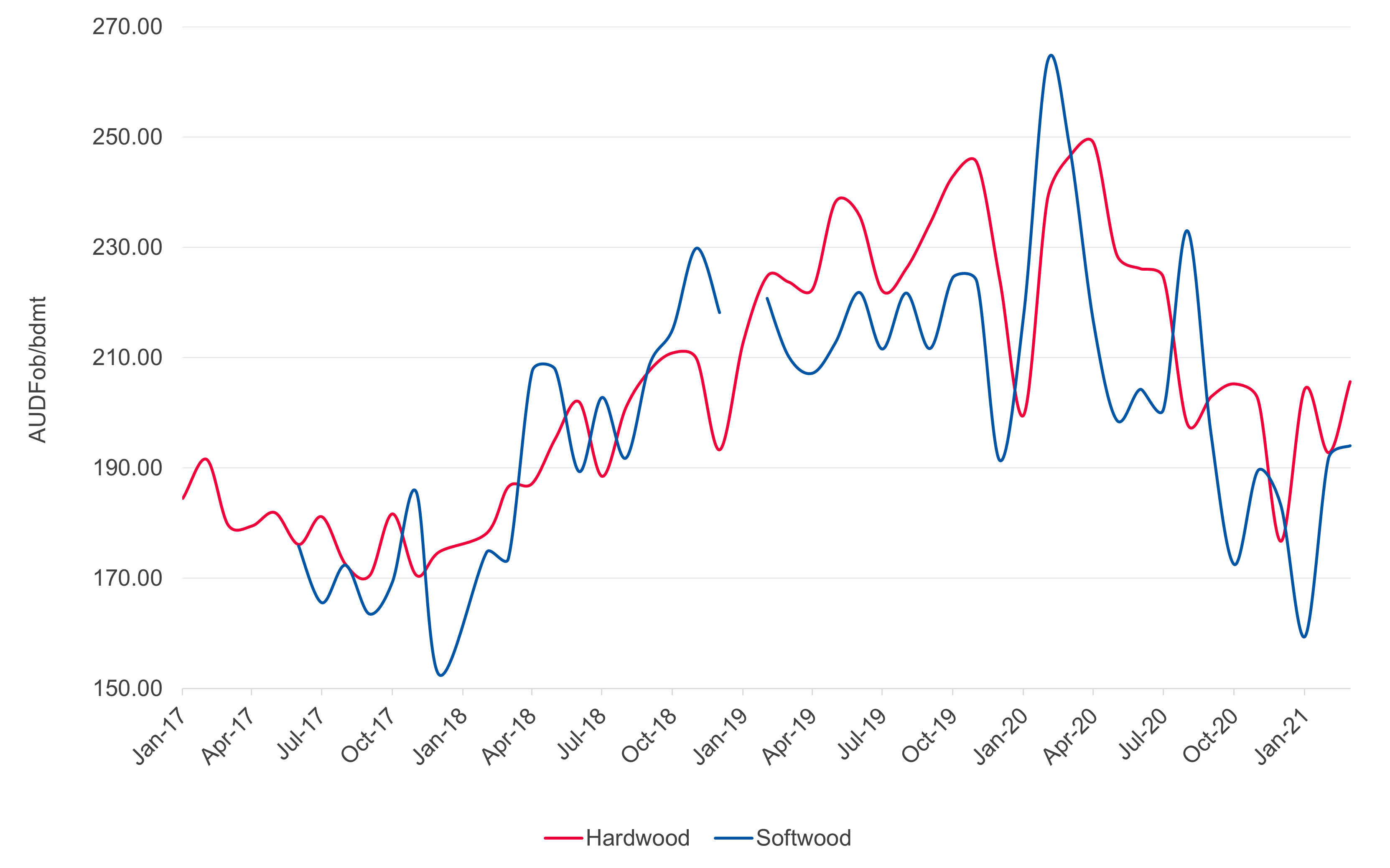 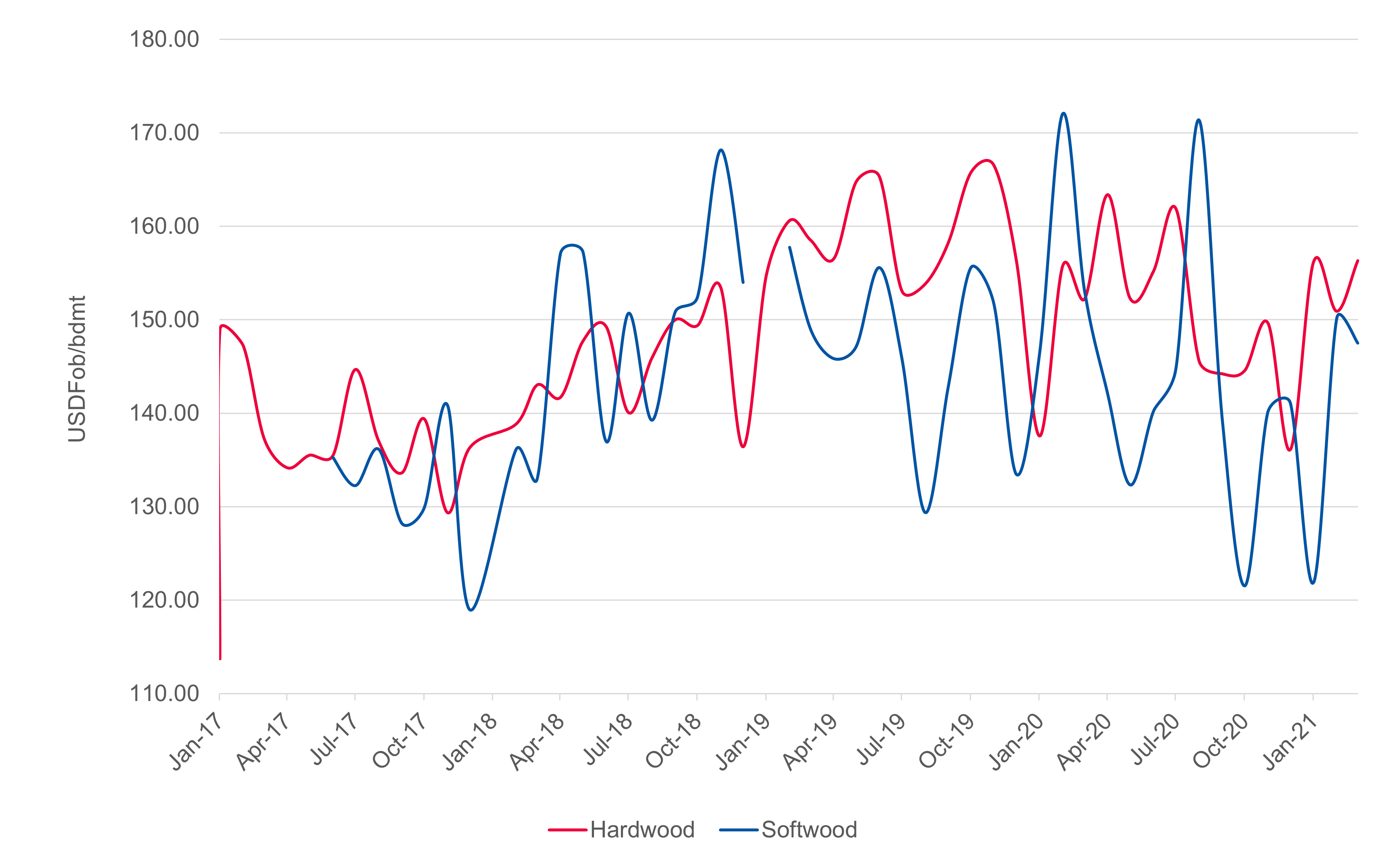 The volume chart above was created in IndustryEdge’s Wood Market Edge online platform. Notably, the ‘No Country Details’ arises because exporters have sought to mask their trades, an unfortunate but regular feature of down markets for Australian woodchip exports.

As set out here, because of the unique vessel tracking and port-to-port analysis, IndustryEdge’s Wood Market Edge online provides 24/7/365 access to more data, on a more timely and independent basis, and in a manner that cannot be easily disrupted.